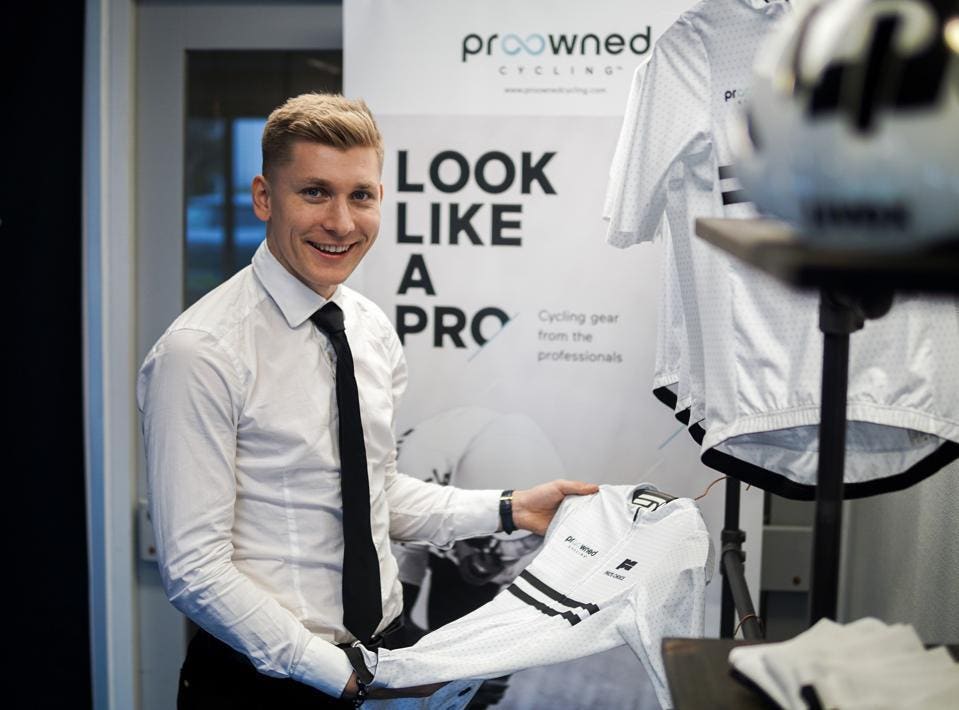 Business angels have invested $1.8m in the Danish cycling startup Cykom. Initially known as ProOwnedCycling the firm has also signed a four-year merchandizing deal with ASO, the Paris-based organizer of the Tour de France and other international cycling races.

Copenhagen-based Cykom is run by Oscar Bjørn-Rosager and Casper Hillstrøm. In 2021, the now 25-year-old Bjørn-Rosager was chosen as one of Europe’s Forbes 30 under 30 entrepreneurs.

ProOwnedCycling was started in 2015 and has 17 employees. It is a B2C retailer, supplying team-issued cycling clothing and bikes either used by professional riders or surplus to their requirements. When teams change sponsors their liveried outfits are immediately out of date.

The site also sells high-end bicycles, usually associated with the pro riders for whom they were built.

“Our best customer is a Chris Froome fan,” said Bjørn-Rosager for a 2020 Forbes.com profile.

“Every time we get a bike with Froome’s name on, that customer buys it.”

In 2018, the business attracted equity investment from Sune Sand, the former head of IT at the international shipping group Maersk who now works for Danish green energy firm Ørsted.

The latest funding round is from members of DanBAN, the Danish Business Angels association, including Peter Troensegaard Jensen, Kåre Sand and Jonas Søholt Grundtvig; they join Cycom’s board.

Cycom’s freshly inked deal with ASO involves the rights through until 2026 to sell merchandise for all races organized by ASO, including Paris-Roubaix, Vuelta a Espana as well as the Tour de France.

“We started as a startup with an international outlook—now we want to be a global tech cycling company,” said Bjørn-Rosager.