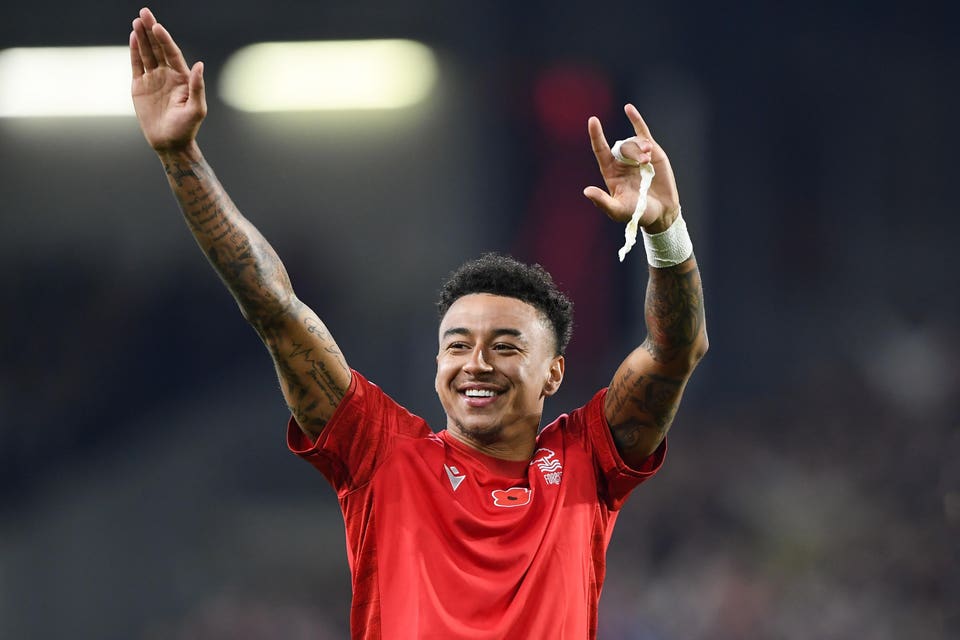 When soccer players have interests off the pitch, it puts a target on their backs. One bad performance and critics will blame their off-field activities.

Jesse Lingard is one of those players who has an off-the-field persona almost as large as his presence on the pitch.

Lingard still had aspirations of playing for England at the 2022 Qatar World Cup when he made the surprise move from Manchester United to Nottingham Forest last summer.

“I knew if I had any chance of making it, I’d have to play like I did at West Ham,” says Lingard, “I was nursing a few niggles and injuries, but I still wanted to play”.

Those injuries meant it took a while before Lingard could show the City Ground what he was capable of. He got his first goal for Forest in November against Tottenham Hotspur in the Carabao Cup, in “one of those games I felt myself again… I felt a lot better, a lot more confident.”

He grabbed another goal and an assist in the cup game against Blackburn Rovers in the first game back after the World Cup break, and Forest fans will be hoping to see more of that kind of form in the upcoming weeks.

But as well as using the mid-season break to get back to his peak, he has also used it as a chance to work on his off-the-pitch activities.

Lingard has his own clothing brands, JLINGZ and Be Yourself. He also owns an esports team that competes in Halo and Rainbow 6 Siege. And he’s always looking one step ahead. He sees esports as something that’s “only going to get bigger and bigger” and is planning to take his clothing line into the metaverse to further engage with fans, choosing the Virtual metaverse platform as he says its “on the same page” as him and the JLINGZ brand.

Critics often use these interests as ammunition to attack players when things like injuries mean they aren’t quite at their best.

Lingard doesn’t see it that way though. He says soccer is his “number one love,” and he always gives 110% when he’s on the pitch, working hard and keeping his concentration levels up, but at the end of the day, he’s a human, not a robot. He also says his esports and fashion brand give him the chance to meet a network of people outside of soccer, and to build a business for after his playing career.

At Nottingham Forest, his off-field activities have also been a way to bond with teammates, something much needed after the club made more than twenty signings in the summer. Lingard plays Call of Duty with fellow Forest players like Ryan Yates and Steve Cook, and he says he’s planning to go skateboarding with new City Ground arrival Gustavo Scarpa.

He says the one-time Brazilian international will be important for Forest this season, and that the two are similar in that Scarpa also likes to share his personality. Scarpa has even got the other players doing the Rubik’s Cube.

As for the World Cup, Lingard, who played in the semi-final against Croatia four years ago, says England “have more to offer,” adding that they’re a young, talented team that will definitely be challenging for the World Cup, but that the extra experience will help. He says that Croatia’s experience in 2018 made the difference in the semi-final against England and that players who have been there before can always give advice.

On the pitch, Lingard will be hoping to recreate the form he showed in the last few games before the break. First up is a trip to Old Trafford against Lingard’s former club Manchester United.

Off the pitch, he’s expanding his JLINGZ brand to China and launching some new designs for next year.

I Build the Phoenix ZooLights Display Every Year

Look Inside the ‘Underground City’ of Salt Russia Wants to Capture