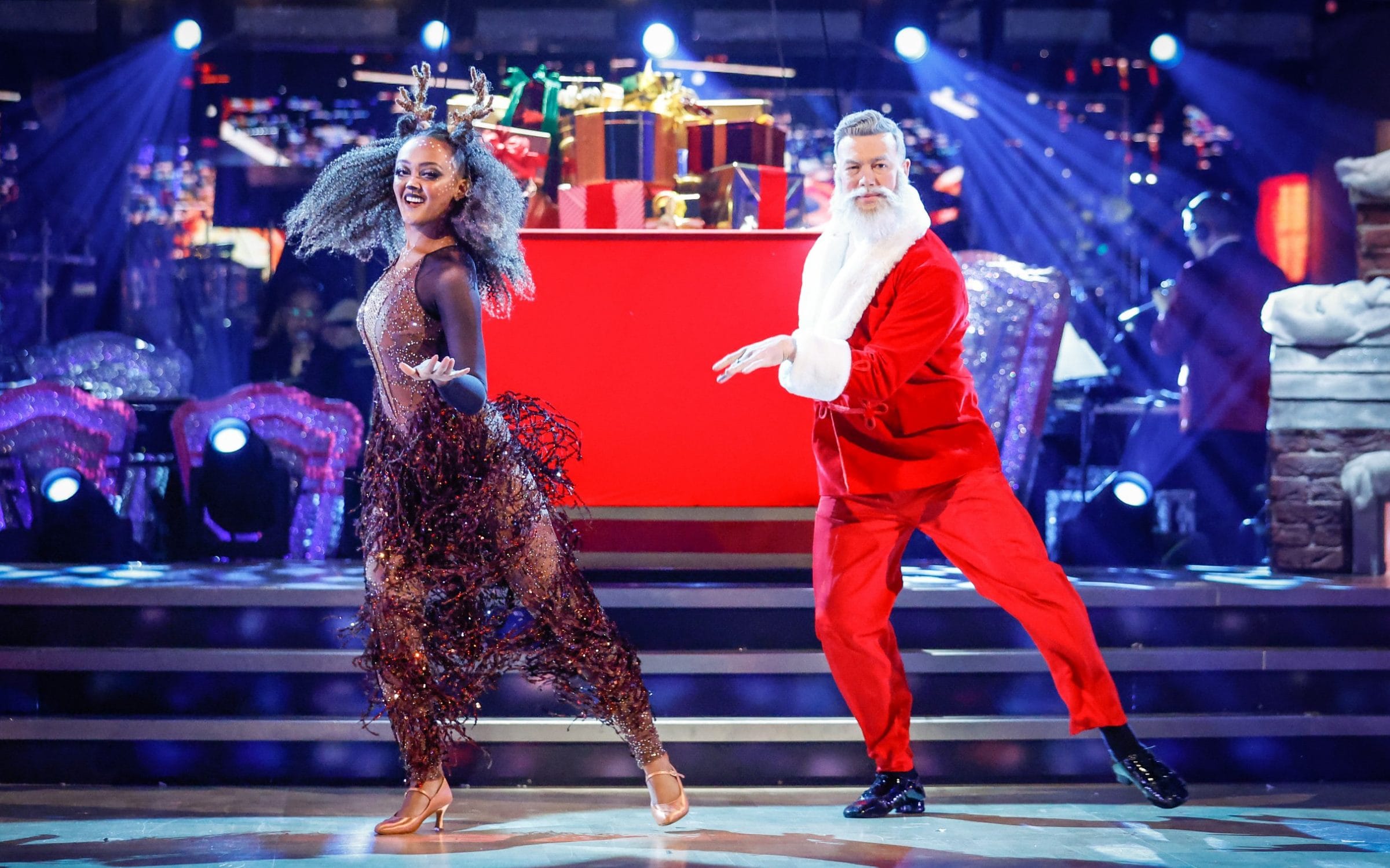 The jolly silver-haired gent comes down the chimney once a year. Except we’re not referring to Santa, we’re talking about Bruno. Departed judge Bruno Tonioli made a one-off comeback for the Strictly Come Dancing Christmas Special (BBC One). Co-presenter Claudia Winkleman said: “As you would expect, its an understated, subtle return to the ballroom.”

Tonioli promptly rose from a giant glitterball chair, wearing a spangly silver suit, to croon a high-energy rendition of Don’t Leave Me This Way, surrounded by purple-suited disco dancers. This ghost of Christmas past wasn’t so much supernatural as super-camp. He even found time to graciously pass the baton to successor Anton du Beke, telling him: “Anton, you’ve made it your own. It’s fantastic what you do.”

The annual 75-minute special saw an all-star line-up bidding to be crowned Christmas champion. The festive theme wasn’t what you’d call subtle either. The Elstree Studios ballroom was covered in tinsel, twinkling fairy lights and fake snow. The dancefloor was littered with giant baubles and outsized presents, like a Lilliputian fever dream. The red-clad judges raised tree-shaped scoring paddles. Bring on the ho-ho-hoofing.

DJ Rickie Haywood-Williams opened the show with a swaggering salsa. He was bidding to emulate his Radio 1 co-host Melvin Odoom’s victory in the 2016 special but lacked the prop hip action. CBeebies presenter George Webster became the first ever contestant with Down syndrome. He raised the roof with a characterful Charleston which climaxed with him doing the splits. Quite the scene-stealer and further proof of Strictly’s laudable inclusivity.

Congress 2023: What to Know as House and Senate Reconvene