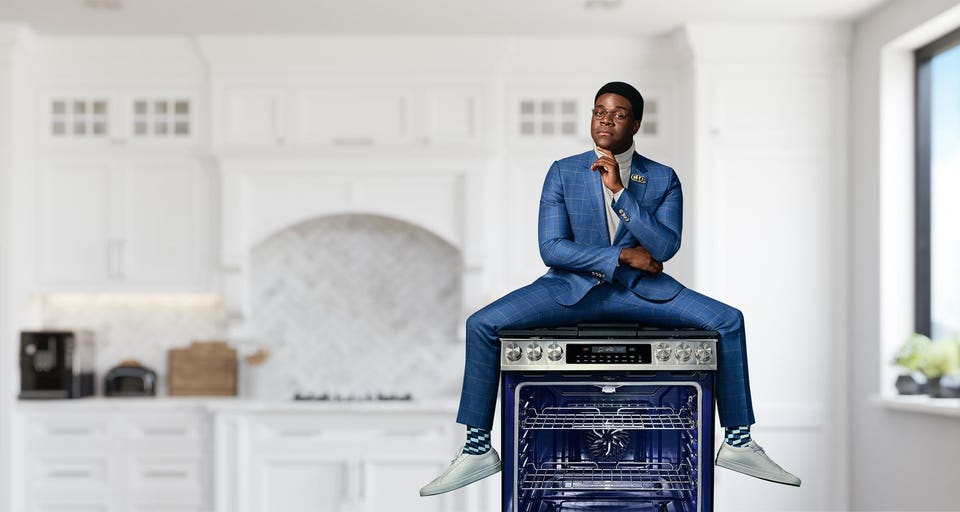 It’s been a tough year for ties between the US and China – the world’s No. 1 and no. 2 economies. Though the tone has improved since a meeting between President Joe Biden and President Xi Jinping in November, tension points such as geopolitics, Taiwan, and technology controls remain.

Midea Group, China’s largest maker of appliances, isn’t daunted. US revenue increased from less than $100 million in 2015 to more than $1 billion last year, helping to make America the company’s No. 2 market after China. Midea is keeping its options open on a new North American plant and plans to increase the number of its US headquarters staff next year by 20% from the current 173, Midea America President said Kurt Jovais in a recent interview in New York.

“The US is the major growth engine in the Midea portfolio,” Jovais said. “Even in the shorter term where we’re seeing a temporary softening of demand, we still expect to see a lot of growth.”

“The fact that we have such a significant share in China means that Midea Group is looking globally for the vast majority of its growth to be coming from,” he noted. “That’s why we’re seeing all of the investment in research and development, and expanding our marketing, workforce and logistics,” Jovais said.

Behind Jovais’ optimism: Changing technology and designs that open the door for buyers to try out brands, such as Midea’s. There’s also Midea’s in-house manufacturing heft – it makes everything from air conditioners to dishwashers. “There are a lot of people who make a refrigerator or a range,” but not the whole suite, Jovais said. “There’s obviously a cost advantage” to making items internally; it also helps get products into the market faster, he said.

Midea’s localization efforts notably include the hiring of Jovais himself, a Texas-raised American with more than two decades of experience in the appliance industry. Unlike many of Midea’s overseas businesses, the US operation is set up as a subsidiary, not a joint venture. “This is a pure 100% Midea business,” he said, noting the contribution of a Louisville research center of more than 60 staff that comes up with products for American tastes. Among the company’s marketing efforts aimed at US consumers is an ad campaign featuring cheerful actor Sam Richardson that plays on Midea’s Chinese name by pronouncing it is as “My Idea.” Richardson playfully claims credit for innovations such a portable air conditioner by himself, by the company, or both, depending on how you view it. “It was a great success,” Jovais said. Midea sells its goods into Walmart and Amazon, among other chains.

Midea traces its roots to 1968, when main founder He Xiangjian led a group of 23 residents from the town of Beijiao in Guangdong Province to form a lid production workshop that became Midea. It’s come a long way since. Global sales in the first half totaled $26.2 billion, overwhelmingly from its big home market. Midea’s shares trade on the Shenzhen Stock Exchange, where its market exceeds $50 billion; Whirlpool’s by contrast is $7 billion.

Midea has more than 166,000 employees globally; Foreign investors include the Canadian Pension Plan and Singapore’s Temasek Fullerton Alpha. The company’s former chairman He Xiangjian, 80, ranked No. 7 on the Forbes China Rich List unveiled in November with a fortune worth $24.8 billion. Midea is run by a non-family member CEO – Paul Fang, who is also a billionaire worth $1.2 billion. Foshan-headquartered Midea ranked No. 219 on Forbes Global 2000 ranking of the world’s top listed companies this year. He’s son He Jianfeng is heir apparent in leading the business.

Jovais joined Midea in 2015. He had earlier been at Samsung for nearly a decade and a half, joining the Korean company in 2001 as a strategy consultant after earning an MBA at Columbia and an earlier stint at PwC Management in Washington, DC in 1994- 99 He worked with Samsung in Seoul and Australia before moving to New York as vice president of marketing with the company from 2009 to 2014.

It was at Samsung that he “fell in love with” appliances, Jovais said. “There’s a lot of emotion that is actually tied up in a washing machine or refrigerator. It’s more than the utility of it. It’s how people perceive how they care for the family. There’s status associated with it. There are a lot of complex emotions coming from a marketing background. I like that.”

Jovais took up the challenge of working with a Chinese newcomer because of the shared belief with the company that it could be a disruptor in a relatively stable appliance market. The US appliance sales “had gone through a period of upheaval about 10, 15 years ago when the Koreans came in,” he said. Then, “things had kind of settled down a little bit.”

“When a manufacturer like Midea comes in and says, ‘Hey, we want to enter with our own brand, with our own clout, with the clout that we have as an organization,’ it was very exciting for me to see.” Digitalization and other changes are creating new opportunities today, believes Jovais, who runs the US business from a headquarters in Parsippany, New Jersey.

Though Midea makes robots and other industrial products, Midea America is focused on smart products for the home, including room air conditioners, that “marquee” for the Midea brand is No. 1 in the US, based on dollar and unit sales, according to the NPD Group/Retail Tracking Service, for the year through Aug. 2022.

Jovais called out the company’s research hub in Louisville, Kentucky, where it employs 63 staff, for much of its success in winning US shoppers. Local knowledge is key because consumers differ worldwide, he noted. “The appliance space, specifically, is so specific to the local market,” with different technologies favored in different markets, he said. “People in the US use refrigerators differently than people in Europe. For instance, induction cooking in Europe is very, very common place. Here, it’s still very niche, very premium, even though it’s a superior cooking technology. It’s hard to find an oven in the Chinese kitchen.”

“One of the bigger drivers (in the US) is size. American products just tend to be bigger. We have more space, and we tend to buy a lot more in bulk. We’re shopping bulk versus making multiple grocery trips for the week, (which) means you have a different storage need,” Jovais said. “Asia is clearly the early adopter of technology. Americans tend to be a bit slow in uptake of new technology. That I think is borne out because of a proliferation of gimmickry and a concern about the longevity of any type of technology, especially in the appliance space, where a lot of these appliances are going to be in your home for seven to 10 years.”

He is particularly hopeful about smart home appliances that will eventually become more common in clothing tags, floor cleaning and home temperature control. Smart items will account for 25% of Midea’s major appliance and air treatment sales in 2023, up from an overall 8% for all items sold in the US this year, Jovais believes.

Will all of that sensor-laden manufacturing lead Midea to invest in semiconductors, as have auto makers? “We’re going to see Midea investing in semiconductor capacity somewhere. Midea has a history of being highly vertically integrated, but I can’t speak to what are the plans around semiconductors,” Jovais said.

The Covid pandemic in the past three years “was fortuitous” in a business sense because people have been spending more time at home or remodeling, On the other hand, it highlighted supply chain vulnerabilities.

To that end, wouldn’t local manufacturing in the US help? I asked. “We’re always looking at our options,” Jovais said. “We believe that we have a very strong growth path in North America. The biggest benefit, however, would be “shortening the supply chain. Inventory sitting on a ship doesn’t do anybody any good. If we can shorten that supply chain and respond more quickly to retailer needs, we can have a little bit of a bullwhip effect,” he said. “The shorter and shorter that we make that supply chain, the better it is for us.”

Midea has also gained despite Trump-era tariffs on some of its China-manufactured goods, Jovais said. “I think that we’ve learned how to deal with that. That being said, I think that a lot of people would say that free trade wins in the end.” And for now, he believes that’s how most consumers view their appliance purchases.

“Consumers are smart and practical, and most understand that the world is a very globalized place and whatever you buy is going to be coming from anywhere,” he said. More manufacturing in North America could be a hedge that buyers don’t change their minds.

Plugged In: BYD’s Wang Chuanfu Explains How China’s No. 1 EV Maker Caught Up With Tesla