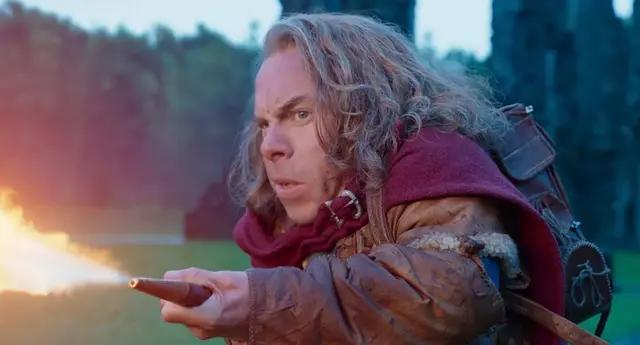 I’m sorry to report, but Willow—the Disney Plus TV sequel series to the 1988 film of the same name—is an subscription. It’s neck and neck with Rings Of Power, She Hulk other Fear The Walking Dead for my Worst TV Show of 2022 award. The only reason I can’t be certain is that not all 8 episodes have aired yet.

I was so looking forward to this show. It’s something I’ve dreamed of—a sequel movie or show—since I was a kid. willow is one of my all-time favorite movies.

Whatever this is—this awful, badly written, poorly acted, cheapg imitation—is not willow Even Warwick Davis seems to have lost his spark.

I tried. I really did try to give this show the benefit of the doubt. Even though the opening episodes were crimson with red flags, I wanted to believe. I wanted to focus on the positive and did that as much as possible in my review of the first two episodes; by Episode 3 my patience was at its limits. I didn’t even review Episode 4 as I very nearly gave up entirely.

I haven’t been this disappointed by a TV show or movie since I left the theater after watching The Phantom Menace back in 1999. Back then, I hadn’t had my heart broken yet. I was so excited for a new one Starwars movie. I thought it would be every bit as magical as the original trilogy. I had no idea how badly George Lucas would screw it up. I remember leaving the movie theater more confused than anything. What did we just watch? Why did I hold my bladder until the end? I should have gone to the bathroom during one of the Jar Jar Binks scenes!

I know the prequels have had some kind of redemption moment as people compare them favorably to the sequel trilogy. Say what you will about the sequels, you’ll never make me believe that the prequels were anything even remotely resembling decent films. But that’s a story for another time.

willow on Disney Plus feels more like a teenage YA drama than an epic fantasy. Cheap costumes, deeply cringe-inducing dialogue between characters who may as well be living in LA in 2022, and a terrible plot all combine to make this almost unwatchable. Toss in the modern rock music—which wasn’t played just in the end-credits this week, but over two different scenes!—instead of the gorgeous, memorable James Horner score, and I’m not sure if I’m angry, sad or just confused.

watching Willow I feel like 18-year-old me after watching The Phantom Menace for the first time, not quite understanding how the guy who created Starwars could misunderstand what made it great so entirely. Well here we have showrunner and writer Jonathan Kasdan (son of OG Starwars trilogy writer, Lawrence Kasdan) who professes to be a massive willow fan and seems just as clueless about what made willow great.

The tone is the biggest problem. I could overlook the bad costumes and the lackluster story if it just felt like the willow of old. People who defended the show point out that the movie was also often funny and didn’t take itself too seriously, but that misses the point. The movie’s tone was balanced. The darkness of the story—about a demon queen killing babies to avoid a prophecy—is balanced against humor and courage and friendship.

At one point in Episode 5, Elora is cooking soup with Cherlindrea’s wand and Willow tells her to give it back. “Ugh, you’re such a dad,” she retorts. (Earlier she wanted to use the wand to remove the stick from Willow’s butt. Mhm).

Now compare that to the blackroot scene from the willow movie. When Willow finds Madmartigan giving baby Elora Danan some blackroot, he’s livid. “I am the father of two children,” he says angrily, “And you never ever give a baby blackroot!”

“Well my mother raised us on blackroot,” Madmartigan retorts before turning back to the infant, who he’s clearly falling for. “It’s good for you. Puts hair on your chest, doesn’t it stick?”

“Her name is not Sticks,” Willow says angrily. She’s Elora Danan, the future empress of Tir Asleen, and the last thing she’s gonna want is a hairy chest!” He grabs the blackroot and throws it into the pool at the base of the waterfall and storms off.

“Did you see what he did?” Madmartigan says to Elora. “He took our blackroot! I’ll get some more, don’t worry about it.”

Here we have a scene that establishes the ‘ugh you’re such a dad’ aspect of Willow without just coming out and saying it. Willow advises Madmartigan for being irresponsible and Madmartigan, unfazed, simply dots on Elora. It’s funny and sweet and the sort of tone that the movie often takes in its more humorous moments.

So much of the movie has this dynamic. Willow plays it straight, Madmartigan plays the funny man—who also happens to be much more than the swashbuckling rogue he appears to be. He truly is a great swordsman and a brave and loyal friend.

In the TV show Willow the tone is rarely ending. The humor is not so much comic relief, but rather endless glibness, a parade of lazy one-liners that may as well be knock-off MCU dialogue, and none of the jokes land. The show is trying so hard to be clever, that it’s forgotten that willow is also about being courageous. It’s so obsessed with being a CW young adult romance, that it forgets the movie which was mostly about camaraderie.

The original film’s cast was also much leaner. After they reach the crossroads, most of his Nelwyn companions abandon him and return home. Only Meegosh stays, and eventually he goes home as well. Willow begins his quest alone, though he’s soon thrust into Madmartigan’s company once again. They’re joined by the two Brownies, Rool and Franjean, but by and large it’s a troupe of five, including the baby.

We talk about diversity a lot these days, but while the willow TV show is certainly racially diverse and gives queer characters screentime, it’s not diverse in terms of characters. The film had a Nelwyn, a rogue, two filthy little faeries and a baby. The show has three teenage girls, two teenage boys plus Willow and Boorman (poor Silas was killed off instead of any of the teenagers, alas). One of the teenage boys has been kidnapped, but that still means we are dealing with four teenagers (or young adult) characters from the get-go.

That is the party sent out by Queen Sorsha to rescue her son, along with one actual adult fighter and a wizard who admits to being a ‘talentless hack’ in Episode 5, under the influence of truth plums—a deeply lazy plot device that forces various characters to exhibit at length about all the things they couldn’t say before. Yes, the writers couldn’t be bothered to come up with actually compelling character-driven scenes so they used magic—and not the kind of magic we ought to be getting in an epic fantasy.

In any case, not only is it narratively preposterous to send Kit, Sorsha’s only remaining heir, along with the only heir of Galladoorn, into enormous peril, it also means we have the most boring adventuring party imaginable.

And yes, in the film the cast is expanded as the story progresses. We get Airk and Sorsha and Fin Raziel. But each joins the group along the way, not from the outset, as we build toward the final battle.

Episode 5 is the worst of the bunch so far, a boring and meandering 49 minutes cluttered with exposure and bizarre story choices. Humanizing Kael and his people cheapens the final confrontation in the film. Kael brutally killed Airk and Madmartigan’s revenge was just. Now we’re supposed to have mixed feelings about it? Kael’s Bone Reavers were just fighting for their freedom? Hell, the Bone Reavers killed one of their own group just a couple episodes ago but I guess that’s just water under the bridge now. Of course, that’s not all.

Kael was actually Jade’s dad! And Sorsha took her as a hostage and taught her how to speak with a British accent instead of the American accent Sorsha’s kids have! (I don’t mind mixing accents, but it’s a little odd when it’s three characters who grew up together!)

Now the queer teenage romance is complicated by a deeply ridiculous backstory. Kit’s father killed Jade’s father. Somehow Jade thinks Kit knew the truth this whole time and, uh, it turns out she did! What? What the hell?

Oh right, modern shows can’t have honest relationships of any kind. Everyone has to lie and deceive constantly. (See also: Gil Galad and Elrond and Durin Durin in The Rings Of Power).

This has the CW written all over it. Overly dramatic teen romances plagued by lies and deception. Cringey dialogue that makes you want to punch something. Flat, wooden characters who all sound the same. Cheap costumes and cinematography. No sense of scope or scale. Terrible pacing. Terrible melodrama. Disappointing titular character. blah blah blah. I hate it and I hate that we keep putting people in charge of these adaptations and reboots and sequels who clearly have no idea what they’re doing.

Maybe the final three episodes will change my mind, or Christian Slater’s character will be a breath of fresh air, but I doubt it. All my hope is dead.

Scaling Your Agency Without Adding Overhead